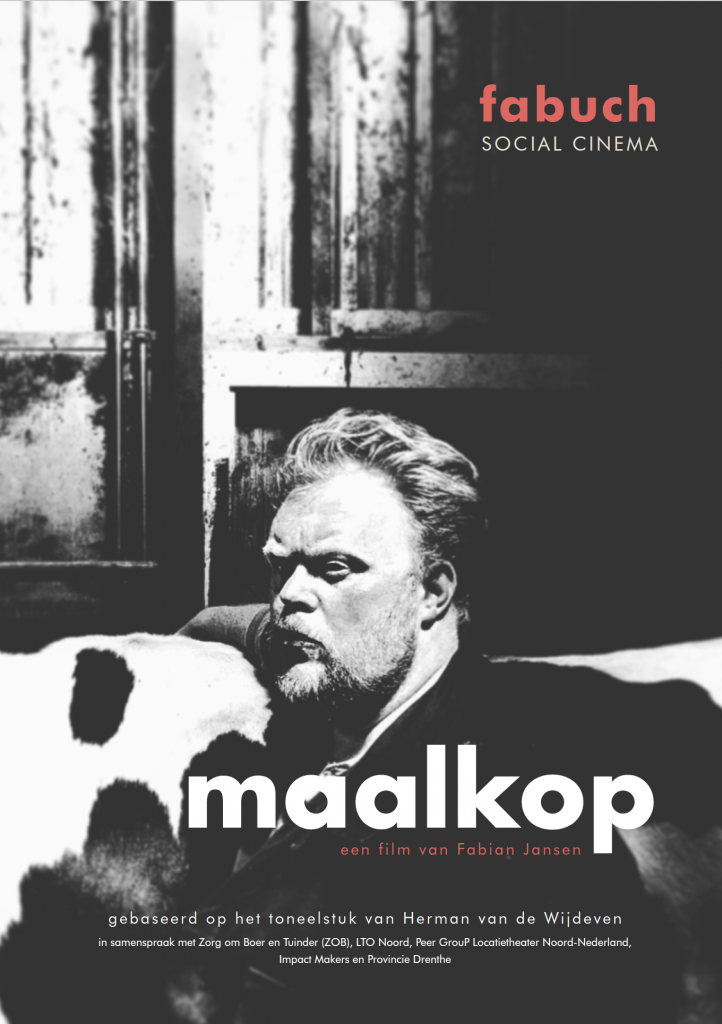 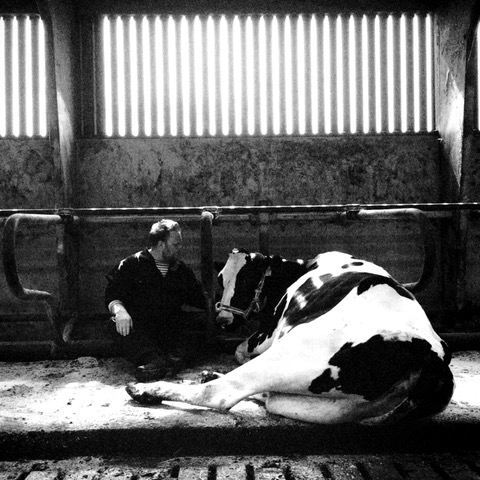 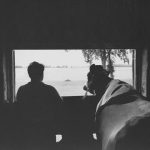 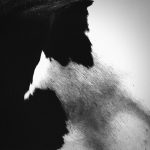 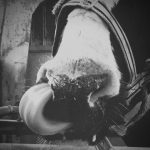 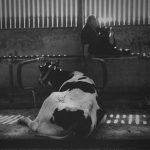 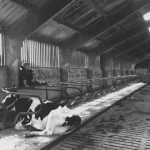 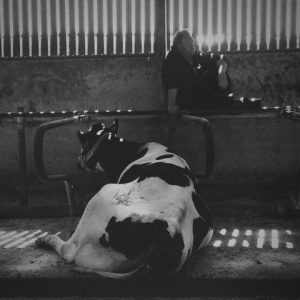 A play about depression and suicide among farmers is turned into a movie.

Next year, actor and director Fabian Jansen (Mannenharten, Nena, De Vloer Op) will be directing his first feature length film Maalkop, an adaptation of the play Maalkop by PeerGrouP. Performed in the summer and autumn of 2018 and the late spring of 2019, Maalkop the play made quite a bit of noise within the farming community and with all 75 shows sold out and both press and farmers raving about it, the show was an overwhelming and significant success.

“ A truly special thing to witness. The symbiotic relationship between the man and his cow, emotion and ratio”.
★★★★★ Friesch Dagblad

Maalkop tells the story of a young farmer, played by Jansen, who after the deaths of his parents begins to see the farm, and with it, his life, slipping away from him. The young farmer feels a true sense of belonging with his country, his farm and his livestock, but the deaths of his parents, the debts they leave behind, the current legislation and regulations, his task as the heir to the business and the sudden isolation begin to push him further and further away from the last few people he is close with. Until he sees no other way out and takes a devastating decision. There is no going back, all he can do is look back. One last cow is what keeps him going, or so it seems.  Or is she the one thing pinning him down?

‘Maalkop has caused quite a stir within the farming community.
The taboo is rendered so delicately by Fabian Jansen and his cow, Martje160. This is a story that must be told.’

A play turned into film

In the hidden problems and issues surrounding suicide among farmers, dramaturg and farmer’s daughter Dinanda Luttikhedde recognized a story that needed to be told in a play, to encourage dialogue within the farming community. That is why PeerGrouP and farmers’ associations ZOB and LTO Noord began organizing after show talks about the play and the themes it tackles.  Very often, these talks were charged with emotion and proved uniquely valuable.

Inspired by these after show conversations, the locations where the play was performed and the  script, actor and cinematographer Fabian Jansen and his Fabuch Social Cinema recognized the  importance of the story told by Maalkop and set out to seize every opportunity to extend its reach by turning it into a movie.

With the Impact Makers foundation we are creating an Impact-campaign with Maalkop the movie at its heart (Impact Makers were previously part of similar campaigns around the documentaries De Kinderen van Juf Kiet, Schuldig and Alicia) to promote dialogue not only within the farming community, but also and especially with citizens and within local, national and European politics, to create sustainable change within the agricultural sector.

The screenplay is expected to be finalized this autumn. And at the moment we’re looking for a international co-producer and film distributor.

The film will be shot during three time slots, with the start of these expected in the summer of 2020. The second and third time slots will be October 2020 and January 2021. The different periods serve to accommodate for the seasons, which can be truthfully captured in all their glorious intensity in the rough countryside of the Northern Netherlands (The Provinces of Friesland, Drenthe and Groningen).

-8 official after show talks, all sold out, with a total of 1,000 visitors, most of whom are involved in farming.

-3 Provincial delegates for Agriculture from the Provinces of Fryslân, Drenthe and Groningen visited the show and passed on the questions raised about agro suicides to Agricultural Minister Carola Schouten.

-Agricultural Minister Carola Schouten visited the show and was deeply moved. She has announced a research into the problems tackled in the show.

-Awareness campaigns were started by ZOB (Zorg om Boer en Tuinder) and 113 Zelfmoordpreventie (The Governmental Welfare Organization for Suïcide Prevention) in association with Friesland Campina and the Netherlands Veterinary Society.

Press about Maalkop, the play.

‘There are times when you go to a theatre show and you realise you are witnessing a truly unique event. Fabian Jansen draws you into the soul of a young farmer who has run out of options.’ – ★★★★★ – Dagblad van het Noorden (Nothern Daily)

“A truly special thing to witness. The symbiotic relationship between the man and his cow, emotion and ratio.” – ★★★★★ – Friesch Dagblad (Frisian Daily)

‘How valuable it is to see a theatre show with such relevance, giving words to such deep-felt emotion.’ – ★★★★★ – Eindhovens Dagblad  (Eindhoven Dialy)

‘Every once in a while, Jansen abandons his storyteller’s role to place himself in another character’s shoes. He takes a subtle approach, placing little accents here and there. In fact, everything about this show is done with great care and subtlety. With that gorgeous Blaarkop breed cow listening unperturbed.’ – ★★★★ –De Theaterkrant.

‘Does away with the myth of the romantic farmer’s life’. –TROUW